The Eathink 2015 Community Supported Agriculture (CSA) seminar was organized in Normandy between the 10th and the 11th of July. Marthese Formosa from Koperattiva Kummerċ Ġust was invited by Kopin to attend this two-day seminar which focused on sharing experiences and hands-on workshops.

The first day of the seminar was underlined by the question “How can we promote Education for Sustainable Development without ‘scaring’ children?”. We investigated this question and saw many examples of how this was done.

Café Suavage, based in Caen, Normandy, and managed by the organisation Bon du Suavage, gave an interesting session on their work. Their coffee shop uses wild and excess foods and has mainly volunteers – their members can also opt for a pay-as-you-like scheme. They also have a housing project and a boat renting scheme to visit farmers. Interestingly, they also work with prisoners and have done a cook book with ingredients that prisoners are allowed to handle and had gardening sessions and a community garden – all of these things were done in consultation with the prisoners themselves. 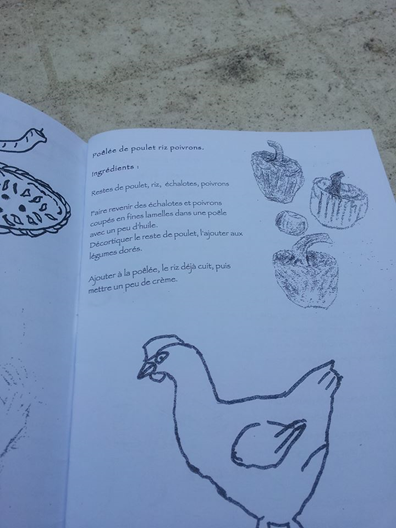 Another workshop was on Food Waste, aimed mainly at school canteens, something that is not usual in Malta. However, it was an interesting process because the project involved students, teachers and canteen staff in bringing awareness on food waste, seeing why it happened and measuring the food wasted per student before and after the project. Although perhaps not in schools, this would be an interesting idea for other places.

An interesting workshop was the piloting of a board game on Consumer-Workers relations. It was a bit complicated but rather fun after I managed to memorize the rules! There is one board and pieces which have on them production units and villages representing populations. Each team has different aims, for example the most production using conventional farming, local farming and no imports, organic farming, no food waste (not more production than there is population). In each round, pieces can only be turned once clockwise and pieces can only be exchanged up to three times per turn. Points are counted after each turn according to the groups’ aims. Conventional and organic can switch boards for example at the end to show how hard it is to switch, so students relate to farmers more. This will be a fun game to recreate, can you imagine a tournament of such a game? 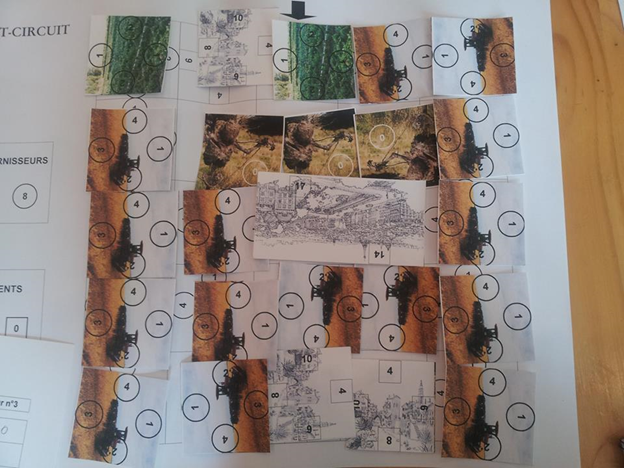 A lot of teachers were involved in the Eathink project, and the following workshop was one example of the added education that teachers and educators were involved in. One particular school gave workshops to students on Citizen Journalism. These workshops were both theoretical and practical, they even had a session on fake news and how to recognize actual news – something that would be really useful to see here in Malta. The students chose topics and mediums they wanted to use and worked on those.

On the 11th of July, participants of the seminar had two further workshops by teachers. The first was on a virtual water app that was created by students. It was interesting to see that students first had a lot of theory lessons on anything related to water such as waste water treatment, water cycle and the properties of water. Then the students worked on creating a virtual water app using foods found in their school canteen.

The other workshop was about bees. One particular school had worked on bees for many years. The first thing they do each year is harvest the honey to motivate students! I mean honey does attract students after all, not only bees and bears. This school had used 3D printing to examine further honeycombs and had also created educational games and even a school garden to attract more bees. This shows that on one subject, there is much work to be done, and it doesn’t have to be boring either!

At the end of the seminar, participants visited L’eco domaine du Londel, a farm that offers plots to garden and a community garden. There is one professional gardener which can offer professional support. They have a social inclusion project for unemployed people or people fighting addiction and they have a few hours a week to work on the farm. The farm also hosts schools, something which we need to see more of in Malta. Children need to see where their food (that is not imported) comes from. 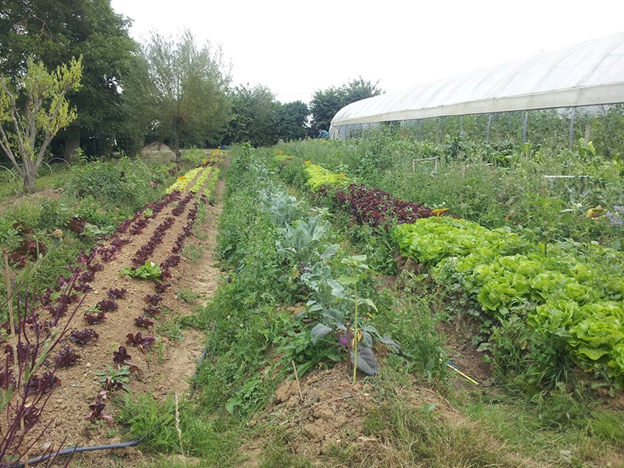 I would like to point out that food was a good best practice during this seminar! Participants didn’t only talk about food but eat it! Especially locally produce, artisan made and fairly traded good food. There was food from Café Suavage and Dinner on the 10th was held at Le Zagobat, which is a co-housing project and participants met residents in a pot-luck way. Lunch on the 11th was at a restaurant that is part of an ethical businesses group that also had a hairdresser for clients and did not have a fridge, and so, all products were REALLY fresh. It was a delight. 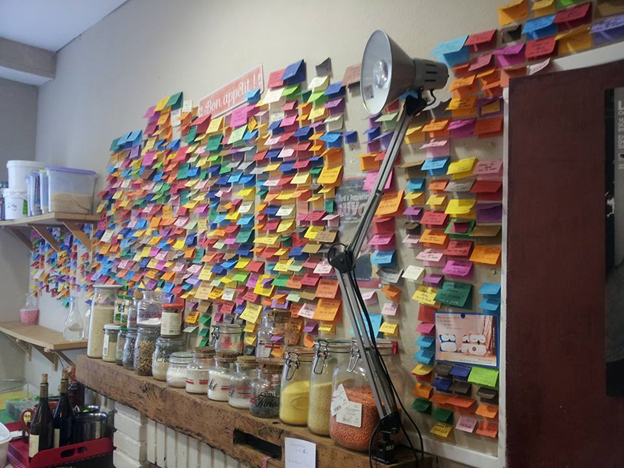